Many cardiovascular diseases and traits have a strong heritable component, yet the mechanisms through which this genetic variation acts remain unknown. Our lab aims identify these mechanisms for variants of both large and small effect sizes (familial and population scale genetics, respectively). To accomplish this, we utilize a variety of technical and analytic approaches, including large-scale genetic screening, low input ‘omics, functional genomics and animal modeling. Two overarching themes for our research are:

- Variants to function in cardiovascular disease. Genome wide association studies (GWAS) have identified thousands of regions in the human genome that associate with disease. However, linking these regions to the relevant gene, identifying the transcriptional effect of that variation, and understanding how this affects phenotype has been the great challenge for truly leveraging the genetic data for understanding of disease biology. We tackle these problems at each regulatory level, performing assays to identify active and inactive chromatin, examining the 3D conformation of these regions both directly and indirectly, and modeling perturbed gene outputs both in vitro and in vivo.

- Using low input ‘omics to identify signatures for health and disease. Recent advances in single cell transcriptomics have allowed us to profile transcriptomes of cell types and subtypes to a resolution not previously possible. We have recently used these approaches to profile the signatures found in the adult non-failing heart (see figure). We continue to apply these and orthogonal approaches (such as single cell ATAC) to discover differences between cell types in both human samples and those derived from animal models of health and disease. By generating these data and intersecting them with genetic studies, we hope to better define target genes and pathways for potential therapeutic intervention. Importantly, these approaches are rapidly evolving making this an exciting area of development both technically and analytically for our group.

Dr. Tucker joined the faculty of the MMRI in March 2020 to lead efforts to understanding the genetic basis of cardiovascular disease risk. Prior to the present appointment, Dr. Tucker served as a project team lead in the Precision Cardiology Laboratory at the Broad Institute of MIT and Harvard, a joint effort between the Broad Institute and Bayer to identify novel mechanisms and potential therapeutic targets for cardiovascular disease. While there, he led efforts to employ low input transcriptomic and epigenomic approaches in human and model system cardiovascular tissues. He also served as an Instructor of Medicine at Massachusetts General Hospital and Harvard Medical School. Prior to joining the Broad Institute in 2016, he served as a postdoctoral research fellow at Massachusetts General Hospital where he focused on the genetic underpinnings of common and rare variant driven atrial fibrillation, mitral valve prolapse, and cardiomyopathies in the laboratory of Patrick Ellinor. Nathan holds a Ph.D in cell biology and genetics from Washington State University and a B.S in biology from Syracuse University. 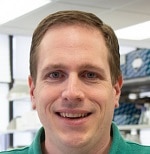 Ryan Pfeiffer joined the MMRI in 2003 as a research assistant in the laboratory of Dr. Ramon Brugada in the Molecular Genetics department. His main focus has been on the genetic basis of cardiac arrhythmia’s and structural heart disease.  In 2006, he played a key role in obtaining CLIA/CLEP laboratory approval for molecular genetic testing in cardiac arrhythmias and establishing a Clinical Genetic Testing Laboratory at the institute. In 2009, Ryan obtained his New York State license in Clinical Laboratory Technology and was promoted to the position of Supervisor of Genetic Screening/ Clinical Laboratory Supervisor.  In 2018, he accepted his current position as Genetics Core Manager. Ryan has been pivotal in integrating new equipment and technologies to improve laboratory capabilities and maintain a state-of-the-art laboratory at MMRI.  He has been involved in many different cardiac research projects ranging from electrical diseases of the heart to structural heart diseases.

Over the years, Ryan has mentored many undergraduate, graduate, and post-doctoral students as well as visiting scientists from around the world, and co-authored dozens of scientific manuscripts and abstracts. Ryan holds a B.S. in Bioinformatics and Molecular Biology from Rensselaer Polytechnic Institute.